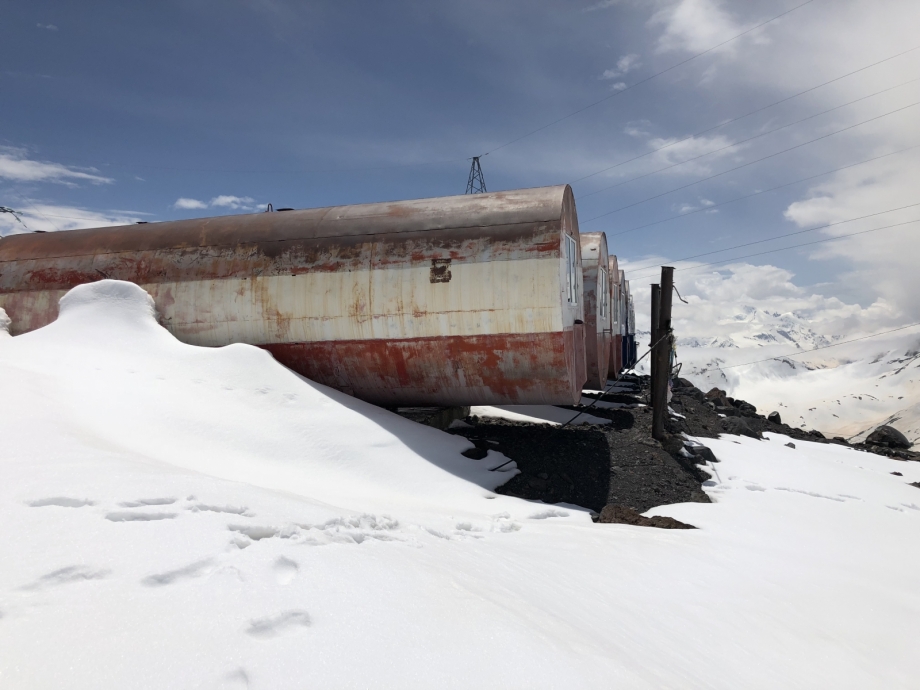 Acclimatising in altitude well over 3000 might be fairly exhausting but gentle touring tempo was comfortable all the way up, to altitude 4057.

After landing in Mineralne vody I ve had no idea where I m heading or who I m going there with. All taxi drivers were asking where I want to go and clearly it was obvious for most of them. Elbrus? Elbrus? Are you meeting with somebody? My bearing was probably obvious because of my sport outfit. It all got funnier a man aproached me saying: “You are going with me”. This was of course all in Russian so I ve had no real clue what was going on. I ve decided to take a dive and asked a little more. By sign language we ve figured out we were compatible and the driver really turned out to be the guy send by Jaro to get me to the village under the Elbrus. Slovakian language and Russian is somewhat a little compatible too so we ve had interesting conversation. One where I ve used a lot of imagination, google translate and signs. All very educational. Not everybody speaks English or Slovkian :) Couple hours later, after a good night sleep I ve woken up to beautiful morning in the mountains, among trees in marvellous wood house. Tasty breakfast tantalised my senses and I could feel a great day coming. After a short drive we ve arrived to a ski centre with one super modern and one ancient lift. Of course it was way bigger experience to travel in the ancient cabin so the choice was obvious. Acclimatising in altitude well over 3000 might be fairly exhausting but gentle touring tempo was comfortable all the way up, to altitude 4057. It was great to see barrel composition accommodation, one village old school and one Italian style. On the way down our enjoyment was multiplied by sighting terrain goats playing around, jumping and sliding on the slopes opposite the lift. There is amazing wildlife and nature everywhere around and I look forward seeing more of it in coming days.
Like this post?
Tweet