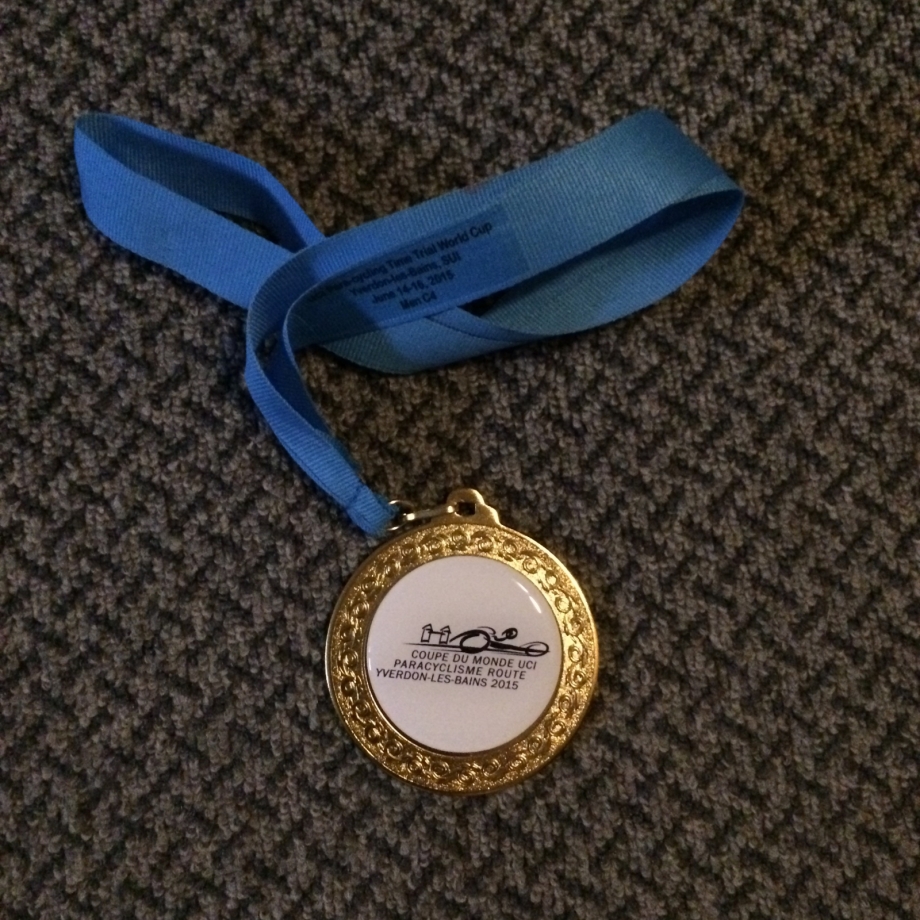 Its Golden hat trick in World cup series, form Yverdon les Baines, Switzerland. Fast Contre la montre, flat as pancake and almost no wind. Road was wet throughout which was tiny problem in corners (there were almost none) but otherwise pedal to the metal paid of as usual. Some 47,62 kph avg speed and after just under 36 minutes I was golden once again. Campaign continues in road race on Tuesday. Keep your fingers crossed for me, it might help me to retain leader's  white jersey :)