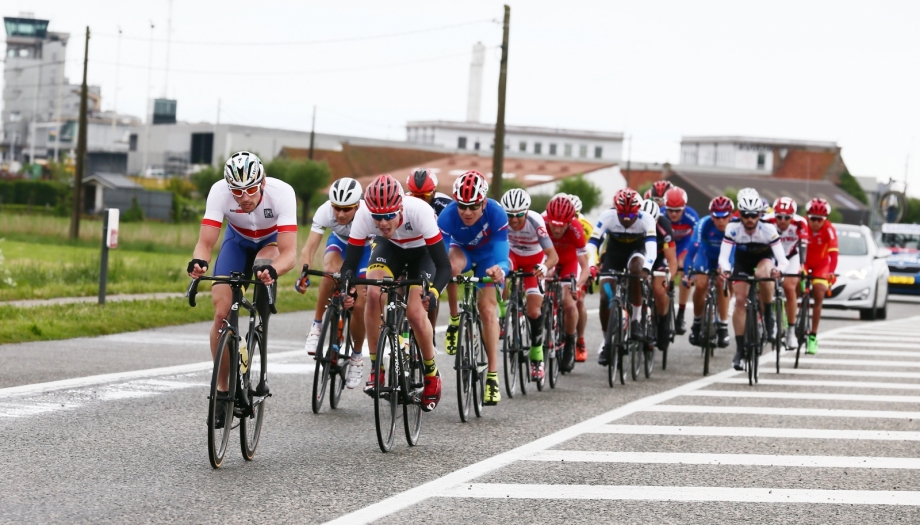 Long sandy beaches of the Europe most congested vessel route were covered in heavy artillery, shouting out loud what has happened in the past.

As paracycling story unfolds, I have had great pleasure to be able to race among the best of the world yet again. Coming to Belgium, Ostende I was thrown back in time. Long sandy beaches of the Europe most congested vessel route were covered in heavy artillery, shouting out loud what has happened in the past. Once ready to fire and defend against enemy, these monsters reminds us of our troubled past and fragile future. Transferring leg power down into drivetrain I have realised I have to be on fire to have any chance of success on the race Day. After spending 20 minutes trying to find a toilet I was well on fire. Organisers somehow have not realised that one toilet for 200 people for 3 days is just not enough. Absolutely disgusting, inhuman condition of the toilet is probably something many of riders won't forget that soon. Back into the race day... With the longest warm up of the season, precisely 5minutes, my legs were lightened up. I just could not help it. Attack after attack after attack and sometime after half of the race I was allowed to peal away with Brazilian rider. From that moment our mission was clear. Nobody can ever catch us. Looking over our shoulders we pressed the power down to the ground and gained a gap that was unbreachable. After two hours our unplanned master plan came to the end both could celebrate first place.